A lot of people I know constantly have trouble with finding something to watch on Netflix. They’ll make their food, then sit down and have no clue what to watch. Or when it’s time to “Netflix and Chill” they’ll take years to find something decent to put on. Even I’ll sit there for a good 10 minutes before randomly putting something on that I’ll eventually fall asleep to.

Well if you really want to find something interesting, and entertaining to watch, here go my suggestions. (In no order, movies and shows)

I actually thought this show was going to be trash but it turned out to be treasure.

It is amusing and extremely hilarious. It isn’t for children at all, some of the things that go on in it is for adult eyes only.

Drew Barrymore is also one of the executive producers

Okay, we ALL know who Bob Ross is, and if you don’t, are you living under a rock?

I’m not artistic in any way, shape, or form but I love watching this man create. On this show, that sadly only has one season (he has a whole series though) we get to witness him make “Happy Mistakes” that come out beautiful. He also has a calming voice that is very relaxing. Watching him turn a blank canvas into a beautiful nature scene is really interesting, and he is an amazing artist. 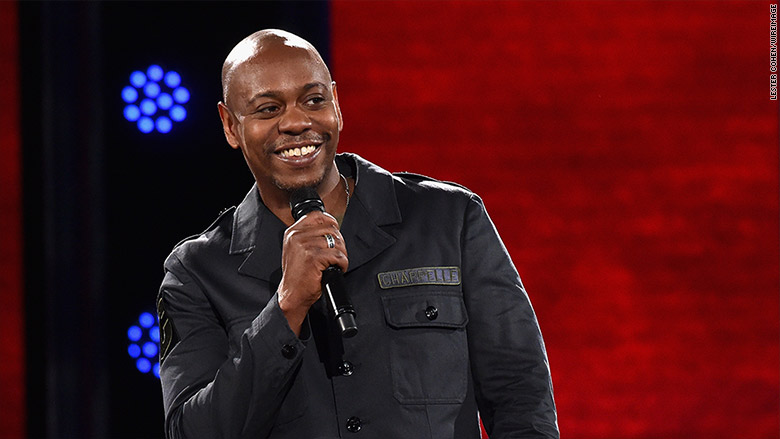 Dave Chapelle is one the most hilarious comedians out to date. Yes, he’s had his problems in the media, but that doesn’t take away from how this man makes everyone laugh out loud. Some people take what he says to heart but he’s a COMEDIAN for christ sake. This collection is very comical and enjoyable. He talks about everything from sexual encounters to racial encounters. It’s exactly what you’d expect from him!

Starring: Rod Sterling and its also created by him.

I’ve been watching The Twilight Zone ever since I was in 7th grade. It really is a mysterious show and makes you think. It’s definitely suspenseful, and weird. Something different happens each episode. The show even earned an Emmy for best writing, so It’s definitely a something you’d want to watch. It’s a classic show that deserves way more credit.

To me the black and white episodes is better, but the 2000 episodes aren’t bad.

Being deserted in a bizarre hotel, in Colorado, located in the mountains has never been so abnormal, this movie proves just that. If it’s written by Stephen King, it’s most likely a banger, he’s one of my favorite authors.

Jack Torrance is a caretaker at the hotel and is trying to cure his writer’s block, but things get kind of haywire. He starts going ballistic and takes it out on his wife and son.

One of the main reasons why I adore this movie is because it has so many hidden meanings that are actually interesting to learn about.

His son, Danny, also has psychotic premonitions, which doesn’t make anything better.

I’ve seen this movie so many times, and love it more each time.

This gangster documentary/drama in Atlanta is centered around drug dealer Curtis Snow, who also directed it. Snow On Tha Bluff is not your basic documentary, it’s not something you fall asleep on. Literally, Curtis goes around recording his “normal” day. You come to understand the “hood” even if you don’t come from it. The events that go on in this film are raw and real, that’s why it’s on my list.

This is actually a Netflix Original anime I decided to watch one day out of boredom, it turned out to be interesting. Ajin was first a Japanese Manga, then turned into a show. The main character of the show, Kei Nagai, discovers he’s an Ajin, and that he’s immortal. The only con to being a demi human is eating other humans, and being hunted by the government. He learns how to deal with being immortal and what comes with it. The show is supernatural and actioned packed.

I seriously spent my whole summer watching this. It’s hilarious and amusing. Weeds is centered around Nancy Botwin and her idiotic family. A mom that’s basically a trapper in white american. Her and her family go through so much just to get stuck in more shit repeatedly, but they ALWAYS find a way out. This show keeps you on your toes throughout all eight seasons, I think I might watch it again to be honest.

Eight everyday civilians applied for a job, now they just have to take the Exam. Only one person is needed for position that needs to be filled, if any of them can even pass the exam. This movie is suspenseful, it really makes you want to be in the room with them trying to figure out the answers. There’s always something happening in each corner of the room that they’re secluded in. It is also clever, and fast paced throughout the whole movie. Devil’s Knot is a movie based off of a true story. In your cliche “small town” West Memphis, Ark…three young innocent boys get murdered. Parents start to get more and more paranoid the longer the kids are missing, it gets worse when they don’t have answers as to what happened. The detectives on the case immediately blame the 3 town bullies, which just happen to be Satanists. This movie is dark, and saddening, but it’s full of drama.