Search
Home
Music
Tweet
Share
Share
Email
WhatsApp
Shares 0
Gracie and Rachel are a study in duality: light and dark, classical training with a pop sensibility, Californians in New York. The creative pair met in high school in Berkeley, California and reunited in Bushwick, Brooklyn, building out a loft to be their home and studio where they crafted this debut. The album plays in a chronological order that represents the duo’s path forged to assemble this enthralling collection. Their journey through adventurous youth and cohabitation is evident on their self-titled debut full length set for release on June 23rd.

Insistent percussion and melodious violin lines on “Only A Child” create an atmosphere that reels the listener in to stay while leaving little time to settle in all the same. The fierce tempo and introspective lyrics represent the speed at which we move as we get older, often unknowingly suppressing youthful curiosity, awareness and sensation.

The video for “Only A Child” debuted with NPR today
and is available to post/share HERE. 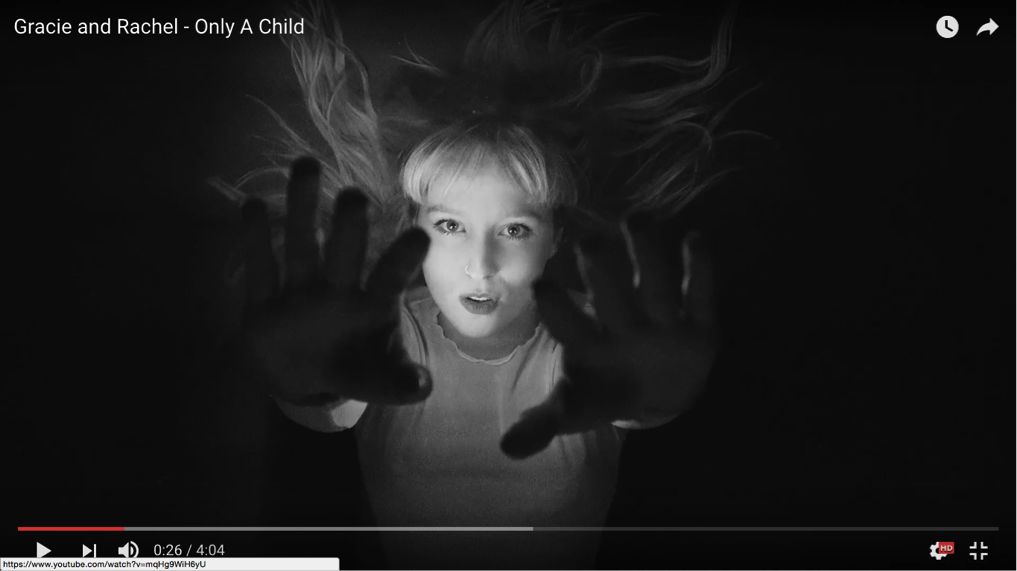 Click Image Above To Watch “Only A Child” Video

Gracie and Rachel pit anxiety and tension against an almost serene self-assurance. Like their stylized color palette of black and white, the duo’s instrumentation appears simple and spare at first glance, but there’s a powerful prism effect at work in their music that brings us back to the concept of duality: their songs are intimate and expansive, questioning and confident. To experience the band live displays an almost tangible quality to their deeply rooted bond. Be sure to catch them at a handful of upcoming summer festivals and stay tuned for more news and tour dates coming soon!

Gracie and Rachel on tour: